A vasectomy is an operation for men that ensures their partners will not get pregnant. The procedure can take place in the urologist’s office without putting you to sleep. The purpose of this treatment is to stop sperms from leaving the testicles. As a result, it prevents your partner from getting pregnant. 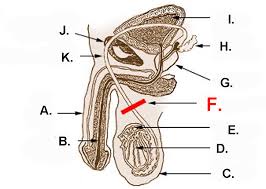 Under normal circumstances, the epididymis holds sperm and other male hormones after the testicles make them. When you ejaculate, the epididymis sends sperm to the Vas deferens that carries the sperm to the prostate where it mixes with the seminal fluid and vesicles, and then flows out of the penis. A vasectomy, in the most basic of terms, splits the tubes that carry the sperm from the testes to the prostate. Vasectomy can happen in two different ways, and your urologist can get either one.

In a conventional vasectomy, your urologist will make one or two small cuts on the skin of your scrotum to access the vas deferens. Once they reach the vas deferens, they will then cut a small piece from your Vas Deferens, which will leave a small gap between the two ends. The gap ensures that the Vas Deferens is not able to heal over time and cannot send the sperm to the prostate. Further measures to ensure proper sterilization include your urologist searing the cuts and then tying the cut ends with sutures. Your urologist may repeat these steps for other Vas deferens and then close the scrotal cuts with stitches.

The Effectiveness of a Vasectomy

A vasectomy is a 100% effective, and ensures that there is no sperm when you ejaculate. Although in some cases, men were able to make their partners pregnant after a vasectomy. These cases are very rare and often the fault of the urologist. 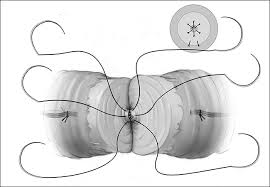 A vasectomy reversal, as the name implies, is when a person gets a reversal of their vasectomy for any reason they see fit. Now, unlike a vasectomy, this is a little more complicated, and you will always be unconscious during the procedure. There are two methods of reversing a vasectomy, both of which are simple on paper but quite difficult in practice.

A vavosectamy is a process where your urologist reconnects the vas deferens separated previously. They undo the sutures of the vasectomy, and then reconnect the Vas deferens and stitch them together. Now, this is quite the delicate process, so it takes them a little longer.

Vasectomy is quite a common treatment today. If you are looking to get this treatment or to reverse vasectomy, call us at Fifth Avenue Urology today.